Over the years as a Motorcycle Coach I have heard this all too often. A new rider gets out of the MSF course, gets a motorcycle (often times the one the boyfriend / husband / best friend wants for themselves), maybe takes one more class and is ready to head off into the sunset. With the encouragement of the aforementioned. 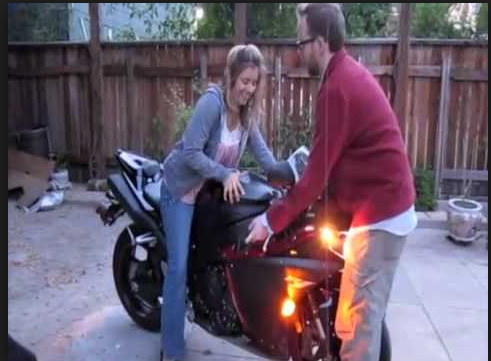 Or worse yet, boyfriend/husband/best friend gave them the basic lesson…this is your throttle (makes the bike go), here’s the clutch (for changing gears), here’s the gear lever (one down, four up…I think), here’s the brake lever (so you can stop), and the brake pedal for the rear brake (but you really don’t use that one) and because you know how to ride a bicycle and can drive a stick shift car this is easy. “OK, put it in first, let out the clutch…” we’ve all seen this before. Good for a laugh except when it ends up badly.

As soon as we all got our first motorcycle we just wanted to ride, to go somewhere, to feel the freedom of riding a motorcycle, to be a motorcyclist. But are you really ready to ride off into the sunset? How confident are you? Think about it. 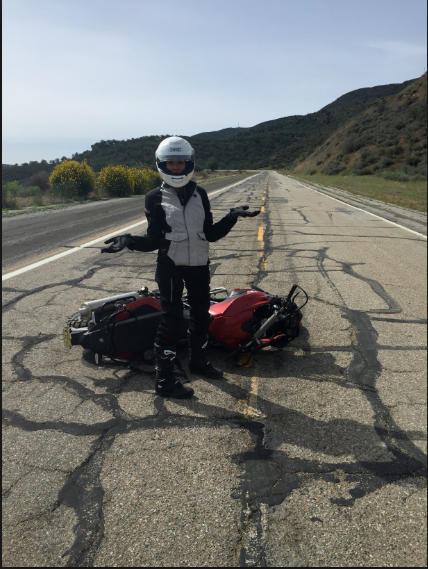 Recently I had a coaching session with a young lady who had only been riding a month, a friend convinced her to buy a 600cc Sportbike and signed her up for one session with me. Coaching session began with friend riding her bike to our location (doing a wheelie or two while coming into the parking lot) and she came in a car. He left in the car to go to work… and she is standing there excited as can be to be riding her motorcycle. The session begins…

Right off the bat we find things that she needs to get better at, much better! She understood most of the concepts but wasn’t quite able to put them into practice but we kept working on them. At the end of our time she asked if I would follow her home because usually her friend drives her home. Sure. On the way home It becomes obvious that she is not ready for the street. When we arrive at her house I tell her that and tell her I will send her some exercises to do before we meet again but that she should only ride in a parking lot for now. 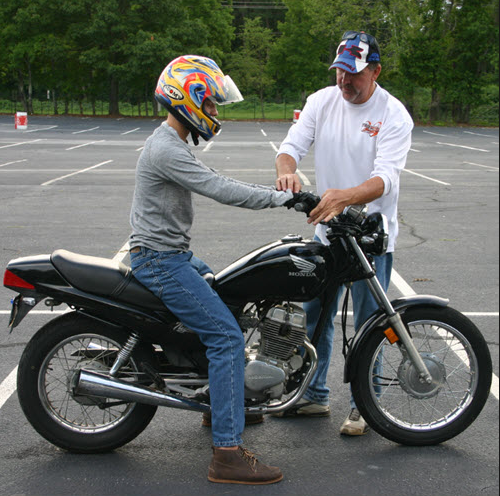 A couple of days later the friend contaced me asking me how much an on the road session would cost, I tell him she’s really not ready yet and needs more time with the basics. He said that he believes she is ready and he will work with her from there. I had video’d parts of our session so she could watch and improve, I also encouraged the friend to watch. I saw her friend a month later and he said she was doing great but still couldn’t stop well but he was working on it. I asked what he was doing to help her and he said “just getting her out riding, thats all it takes..”

So whats the point of this story? I have since learned that she has crashed twice, she wasn’t hurt badly either time but both times could have been avoided if she knew and had practiced some good skills. Instead, she was encouraged to just get out there and ride. If you are the person who is helping bring another person into the motorcycling life really really make sure they are street ready. Encourage them to get more training, get more training yourself  so you can really be of help but don’t let a new rider out on the streets with the only advice being “it just takes seat time”.